is a well-established solution provider to the marine industry.

MCS delivers Evolution IAS Integrated Automation Systems for all types of vessels. With products like BNWAS and EEOT’s, Dead Man System and Power management system, our solutions ensure safe and reliable operation of your vessel in an economic way.

We also provide services within consulting, design and engineering, enabling our customers to take advantage of our extensive experience from more than 35 years in the marine automation business.

MCS was established in 2001 and started immediately the cooperation with Stein Sohn – Kiel. With a maritime history back to the late 1880, Stein Sohn had already started the development of their own automation system back in the 1970’s, which was in 2001 branded Vista Automation.
MCS was at that stage selected a strategic cooperation partner for the Scandinavian – and especially the Norwegian ship building market. With own engineering, service and commissioning, MCS  delivered a high number of Vista Automation systems until 2011.

In 2010, MCS co-founded the company Rockson Automation, and the product Evolution V5, was introduced as successor to meet the market demand. Now, less than a decade later, the reference list counts several hundred successful deliveries to all type of vessels, both newbuilding’s and retrofits.

“On duty for the Chief Engineer!”
In Norwegian: «Vår kunnskap trygger maskinsjefens hverdag»

– We commit and deliver on  our promises.

Engaged
– Real interest in the subject as well as the customer`s needs and wishes. We strive to cover our customer’s requirement by exceeding their expectations.

Our values is the foundation of how we work and develop our organization. Our vision will guide us in relation to what we want to achieve and what we want offer our customers and partners. Our constant focus on knowledge – through engagement and seeking for new solutions, through development of products and services – is going to give our employees challenges and motivation, which in turn benefit our customers in terms of market leading products, services and solutions. 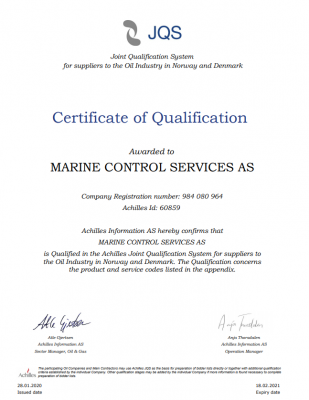 The aim of MCS is to produce and deliver products and solutions that meet our customers’ requirements, expectations and needs in both short and long term. Our products must also meet the requirements of the authorities and the company itself. MCS will deliver agreed product and solutions at the right time and price. Quality policy must always be in accordance with the organization’s purpose. The quality system is documented and complies with the requirements of NS-EN ISO 9001: 2008.

Customer in focus Customers and customers’ requirements should be the focus of everything MCS does. MCS will through close contact with customers try to receive quick and complete feedback about the quality of their products. This also ensure that MCS identifies changes and meets the customers’ new needs quickly.

Suppliers
Our suppliers are our partners. We will make our knowledge available to improve their processes and products, as well as giving them specific and unique specifications. Suppliers will be selected based on our requirements for quality and price. 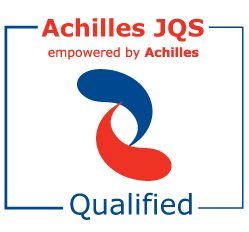